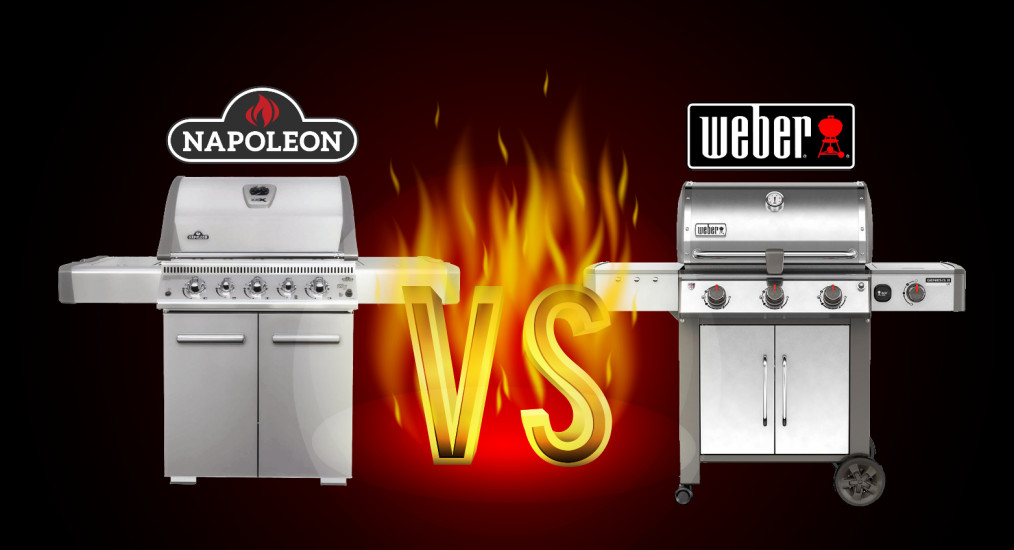 The war between Weber and Napoleon grills has been going on for quite awhile now with Napoleon Grills working extra hard to overpass the grill giant in the industry, Weber. This can mean a lot of good stuff coming from Napoleon meaning they’re working harder and making prices cheaper to beat Weber. Even though for now it seems like Weber is winning. You can buy a Weber that’s better than any given Napoleon grill, they are on the downside (of your wallet) very expensive. We’re gonna get down to which grill is gonna make it to your backyard pool parties or family or friend reunions.

Napoleon was founded in Ontario in the 1976, the name “Napoleon” only came around at 1981 and since its become known worldwide for its high-end wooden stoves. Below we dropped one of their models

This bad boy is all you want for Christmas and all you expect of a luxurious ultra-high end grill with an affordable price range plus its on sale. This grill is ready to just plop in your backyard. The heat is delivered by a mix of normal burners and a unique sizzle zone, that’s awesome for searing steaks and performing other extra-high temperature cooking tasks. One of the special things that Weber is working on is the inclusion of flavourized bars. These are the metal rods that heat up when while your grill is on. When the meats drip on them it vaporizes it and sends back a puff of flavour up into the air and your mouth. Unlucky for Weber, this isn’t as special as they thought it would be, since Napoleon has already thought of this, with not one but two sear plates! Talk about being extra. This means that you have a minimized mess in your grease tray and more flavour in your food, that’s pretty awesome.

This bad boy is actually a pretty nice gourmet grill, it comes with foldable side trays that can hold all your grilling equipment and ingredients as u grill. Underneath is a cupboard that hides the fuel tank and gives you some storage. The one thing that I’ve noticed some people complain about is the shape of the grids. Napoleon uses a signature wavy grid type that ensures hot dog shaped food is easy to manage in any situation. The downside here is that your grill marks will look a little bit curvy, so now your food can have something in common with Beyonce. For me, that’s not a problem, I personally think the Napoleon’s wavy grill marks look really cool, but if you want a traditional style steak with perfectly parallel grill marks, you should be shooting for a Weber.

While Weber’s have much more cooking space, these grills make a lot more space in your wallet too, since they are very expensive. It does have though a lot of additional features such as rotisserie and smoker burners and has other cooking options. A minor thing that Weber has that Napoleon doesn’t is their warranty time spans. Weber has a 5 year warranty, honestly this is a lot of confidence from Webers side, building their grills with higher quality, stainless steel and plenty of confidence they won’t be beat in a 5 year period. What makes Weber grills so beautiful, its how roomy and easy to use and it got plenty of heat, which is pretty hot. Weber isn’t a slob when it comes to its warming trays, yes they are sort of awkwardly placed, but they still do their job.

Which grill do you recommend with all your grill wisdom?

I personally recommend Napoleon grills, they have similar qualities that Weber does in more affordable prices and still looking good. Although Weber does have incredible grills, Napoleon offers the same quality with lower prices. 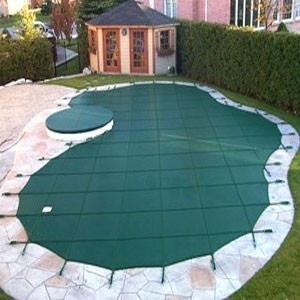 next articleInstalling an Above Ground Winter Cover